WiFi hunting alarm SET - 1 receiver (watch) + 3 PIR sensors. By using all three sensors, you have guaranteed 360° coverage of the space, without blind spots. Hunting alarm wireless SET with notification of movement in the monitored area. Motion infrared (PIR) sensors are used to detect the movement of a human or animal at a distance of up to 20 meters and then immediately send a signal to the receiver - a watch, in a distance of up to 200 meters. The receiver will alert the wearer of the watches about the movement with acoustic sound (beeps), with light (LED light) or vibration.  You will be informed on the receiver which motion sensor triggered the alarm, so you will know exactly where the possible offender or animal is. Hunting detector at a professional level.

Motion sensors can be mounted and switched on permanently outdoors. Therefore, you only need to have a receiver with you, which automatically pairs with the sensors when switched on, and the system is immediately active for motion monitoring. Thanks to this innovative alarm system, you will be informed about the animal or human before it notices you. Great use for hunters, animal watchers, but also for securing the surroundings near the house, garden, cottage, or during camping. Watch - the receiver has a built-in rechargeable battery, which is charged with the included USB cable. The sensors are powered by a 9V battery (batteries are not included). The detection sensors are resistant to weather conditions in the exterior with IP54 protection - they can withstand rain, strong sun, snow and wind. The motion detection angle on the sensor is 120°. By using all three sensors, you have guaranteed 360° coverage of the space, without blind spots. 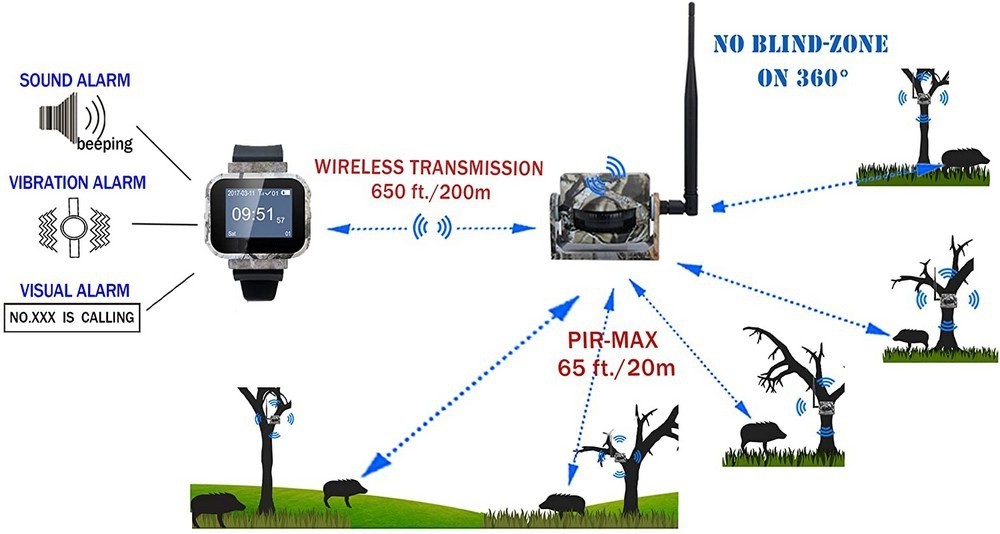 The receiver is a practical watch that looks like a regular digital watch. They can receive signals from up to 100 sensors.
The individual sensor can also be paired with more receivers. 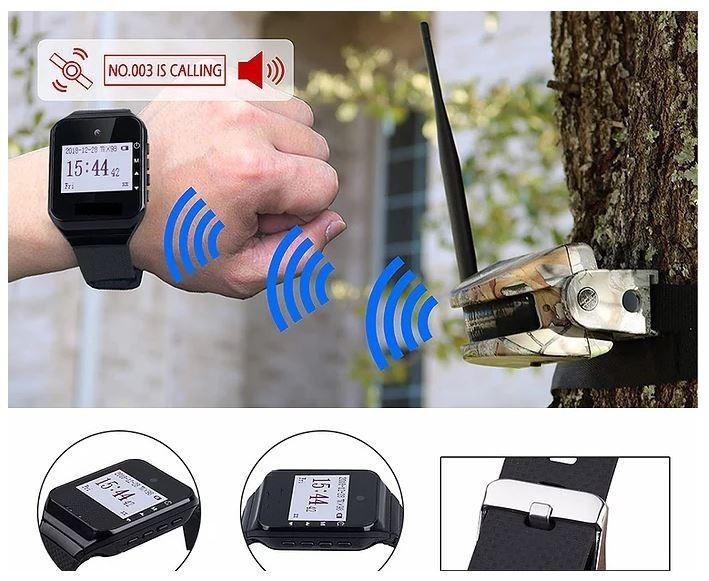 Sensors detect movement up to 20 meters

Range of sensors to receiver up to 200 meters

360° coverage of the area without a blind spots

The sensors meet the IP54 standard