Dosmono C501 - voice translator and text scanner + WiFi + touch 3,46" color display. Unique multifunctional device. Text translator (55 languages) and scanning pen, voice translator (112 languages), PHOTO translation, voice recorder. This handy device has a high-sensitivity scanner and a perfect text scan. It has a built-in rechargeable battery with a capacity of 1200mAh and a color touch screen with a resolution of 340x800 pixels and a size of 3,46" inches. This intelligent translator also has many other functions that you can use whether you are traveling, working, or improving your language skills. The voice translator translates spoken words, phrases, sentences into 112 foreign languages (including Slovak or Czech). The device has 2 buttons for entering speech for translation. One button is for you and the other for the person you are communicating with in a foreign language. Just press and hold the button and say the phrase. The device translates it and reads it aloud in translated language - there is a speaker with volume control on the back. It also works the other way around - a foreigner will say something and the device will translate aloud into your language. 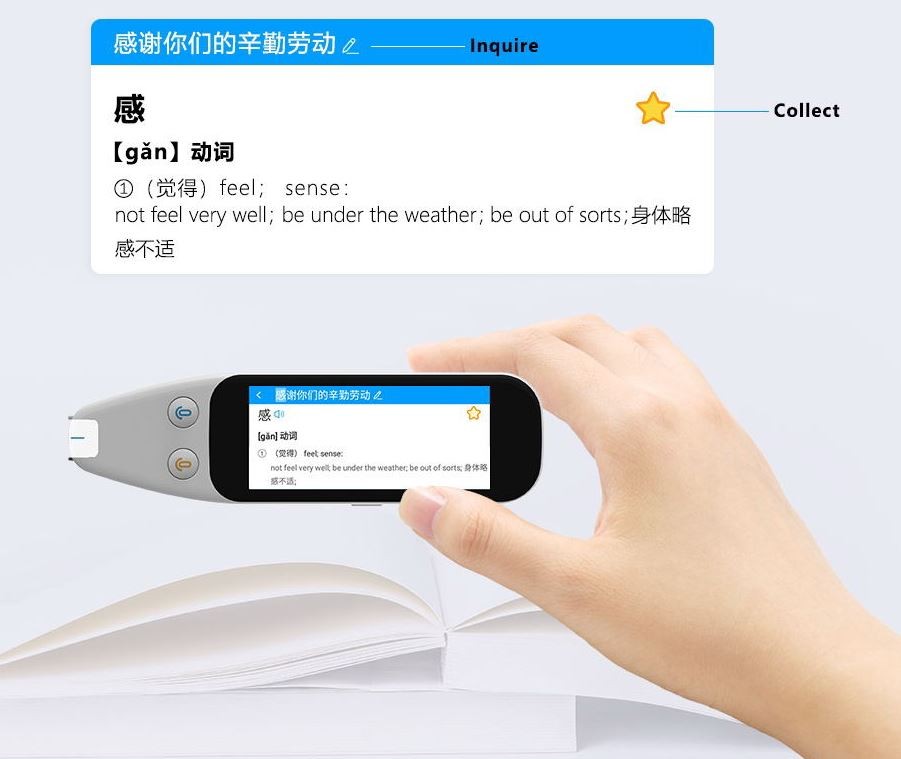 The scanning pen can scan any text and save it to a file - so you don't have to overwrite the printed text. The device has a built-in 8 GB memory that stores text files, photos and favorite translations. PHOTO TRANSLATION function - translates the captured text - the device has a camera on the back for even faster translation of bulk text. The voice recorder records your notes - it serves as a digital voice recorder . A foreign language feature is provided by AI Education, which contains several English language lessons. 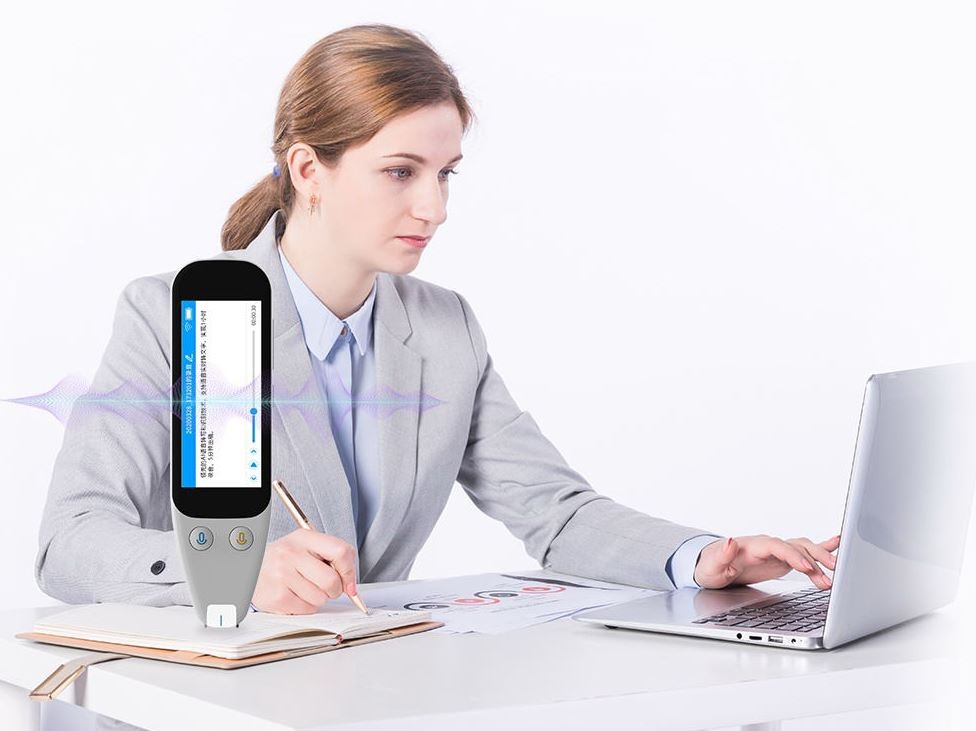