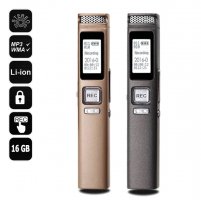 Spy voice recorder 360°- password protection + 16GB memory. Hidden digital audio sound recorder and dictaphone with 360° surround recording. The device also offers password protection, alarm function, MP3 player. It is a long-range portable stereo spy recorder with built-in microphone and high-performance speaker and 360° surround recording. The recorder is powered either by the included USB cable or by a rechargeable Li-Polymer battery (300mAh), which when fully charged offers  continuous voice and sound recording up to 30 hours (MP3 format). You do not need headphones to play audio files, but headphones can be used for private audio playback. Unique voice recorder  with 16GB memory. Digital spy audio portable recorder for you. Best dictaphone you can buy online for a good price. The digital voice recorder has an LCD screen, where you can see the progress of individual commands and functions. Thanks to its portable compact design, you can always keep and hide your voice recorder as a spy device in your pocket, for example, to record secret or discreet conversations or various audio details. The voice recorder is the ideal mobile recorder for capturing sounds over longer distances. The recorder menu is available in 24 languages. The device also offers password protection, alarm clock function, MP3 player of your favorite songs, which you can transfer to the device via the included USB data cable.

Password protection and low battery indicator and automatic saving of the recorded file. 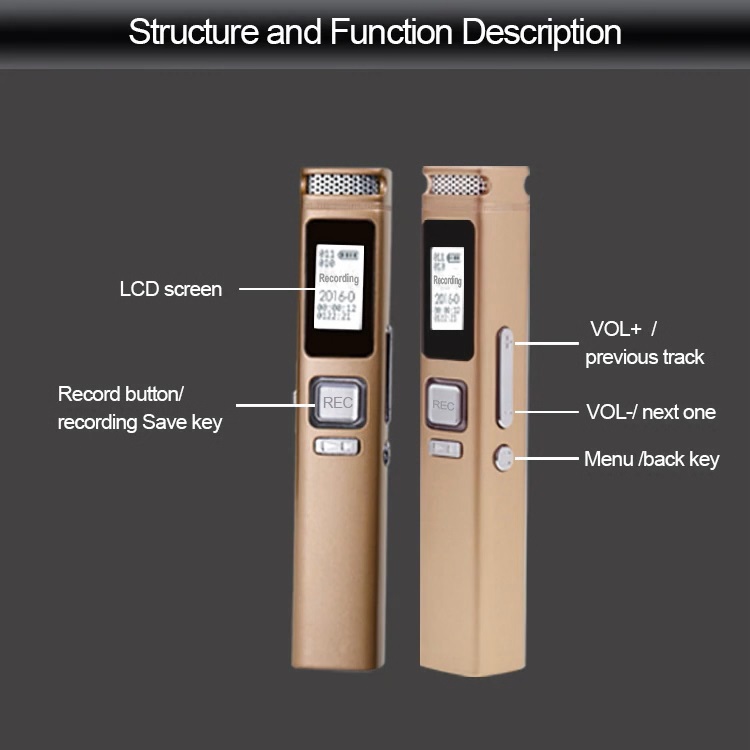 The bug - wireless remote wiretapping up to 500m

WiFi bug for wiretapping with range up to 1000m