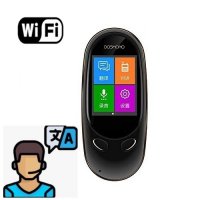 DOSMONO Mini S601 72 language translator with WiFi and 3G connection, with a large 2" color touch screen. Bi-directional voice translator is a smart interpreter that supports voice translation of 72 languages online. It is an innovative, multi-functional, electronic two-way translator that includes, except other things, "press to talk" function (press and talk based on the radio walkie-talkie), WiFi connectivity, 3G network and many other features beyond your imagination. The full color 2,0" touchscreen provides convenient control of individual device functions.

The electronic translator is suitable for everyday use whether on holiday or when working abroad thanks to its small, light and prestigious design. With support of 72 languages your travel limits will be unlimited, and you will no longer be limited with worries to travel to the foreign countries due to the language barrier. The translation of sentences and texts (speech) will be a matter of course for you. No additional charges for updates or other hidden charges. No need to register personal data or install an app into the phone. 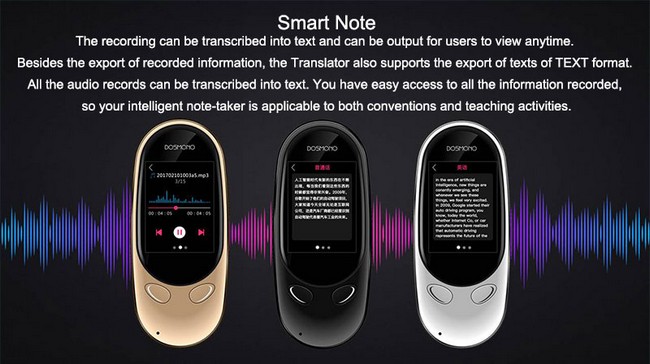 At the back of the device, eject the Nano SIM card holder using the supplied tweezers.
Subsequently, insert the SIM card into the holder with the gold chip down and re-insert it into the device. 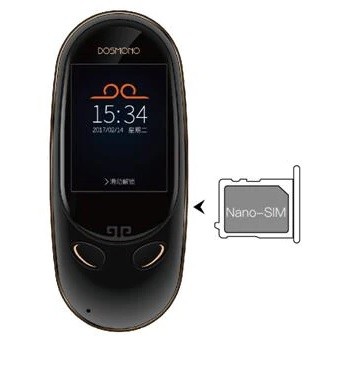 Integrated battery of translator with the size of 1450 mAh is charged in about 2 hours and then provide a continuous working hours to 6-8 hours, in standby time is up to 72 hours (3 days